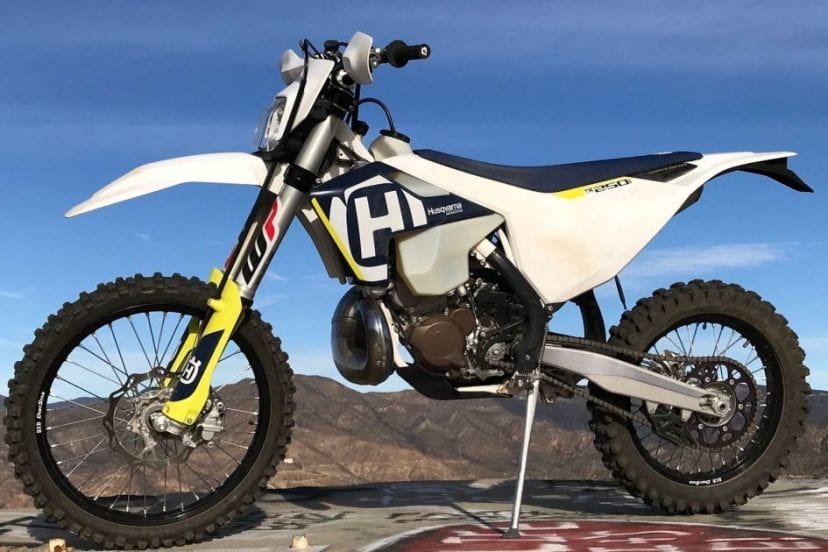 What are the Top Fuel Injected 2 Stroke Dirt Bikes?

You may have wanted to try it but may have known very little about it. You do not have to worry about it now. This article will simplify the information you require. Listed below are the top 5 fuel injected dirt bikes market which are available in the market. However, before telling you the information about the best dirt bikes let us give you some important pointers which you should be aware of.

What Does Fuel Injection Mean?

There are some important things which you should know before getting the information about the dirt bikes.  It is very necessary that you understand the term “fuel injection”. The Engine technology is known as the fuel injection. The fuel is directly supplied from the engine to the cylinder. The Electronic Control Unit controls the entire fuel injector system. This unit checks the oxygen levels & engine temperature. This system also takes care of the air intake and many important aspects. The Electronic Control Unit does all these things with the data which it has got from the sensors in the system. Now the data is used to understand and calculate how much fuel the engine requires.

Listed below are the best dirt bikes which use fuel injection technique.

Dirt bikes:  How fast can they go?

Mark Barrett built the Yamaha YZR500FI. He manufactured this bike by taking an engine of the Honda CR500 engine and then put it on the Yamaha YZ450F bike. The engine has a decompression valve which reduces the wear and tear. It took many hours to construct the wiring harness before the actual EFI system was placed onto the correct place. Modification of the suspension unit was also done; hence the dirt bike can carry a rider of 80 kg weight. This bike has a better fuel efficiency as it has a two-stroke fuel injection engine, and allows a powerful riding experience at the same time.

Suzuki wanted to improve the bikes. This is the reason which made them install the fuel injection systems on the bike. Suzuki got a step further and installed the fifth generation Electronic Control Unit software to the bike. This makes sure that the rider goes to take any path which they want with great comfort. This aspect is very important for professionals who ride dirt bikes. The manufacturers also installed a special S-Hac system which monitors the gear positions & the throttle in order to get the ignition adjusted. This feature provides maximum acceleration to the bike.

The manufacturers made numerous changes on how the bike is handled. Suzuki RM-Z250 does not move about from place to place aimlessly. This feature also makes it very special when it comes to the safety of the dirt bike riders. The seating of the bike has a plush design which makes the experience of the rider very comfortable.

The manufacturers even modified the aluminum frame of the bike which also included the swingarm providing it better stability and absorption of the bump. These modifications were very important and thus played a very important role in enhancing the bike’s cornering abilities.

One of the first dirt bikes which has a fuel injection system is the Honda CRF 250 R. This bike has got the 44mm throttle bore installed, this throttles the fully programmed fuel injection system which makes it very easy to ride the bike. The manufacturer’s Honda made a lot of improvements in the suspensions of the bike. These improvements helped it to become more studier, mainly when the rider is on rough terrain. The wheels have a strong link which connects to the rear wheel allowing it to spin at a lower level. Honda added a wider foot-peg and a smaller chain. These changes help the rider to get a better balance when riding and also feet light when riding the bike.

Honda CRF 250 R has a 49mm Showa Spring Fork for better handling. The bike’s front-suspension precision is increased because the fork is designed in such a way which makes it do its job in a better manner. The ride can handle the bike easily. The fork includes a rod diameter of 25mm and a 39mm diameter piston, which guarantees a luxurious and comfortable ride.

This bike has a short stroke and a big bore combination. When the engine is made of such combination it gives it more power. The most current version of this bike includes huge radiators which are helpful in cooling the bike and also produces more power.

The best part of the CRF 250 R machine is that it has an ergonomic design that features a tank junction with a flat seat. It makes the rider the access to move forward, allowing him or her to have greater control of the bike.

The Kawasaki KX 250F is always known as the best dirt bikes all around the world. This word class quality was possible only because of the very powerful engine.

Even the suspensions of the Kawasaki KX 250F’s are very impressive. It has a titanium coating which makes sure that the friction is reduced. The chassis of the bike is also striking. The experts have built it in such a way that it makes cornering a very easy and minor task. The look of the bike is overall very slim.

This fuel injection dirt bike also known as the Husqvarna TC 250 is one of the famous dirt bikes which is loved by many bikers. It has a powerful engine which comes along with a 66.4mm bore cylinder. This feature of the cylinder also has a power valve system.

The bike power of the bike is smooth and controlled and maintains the rpm range. This system in the bike can be modified or adjusted as per the rider’s needs. The engine of the Husqvarna TC 250 has a lightweight die-casting which is designed so that the shaft arrangements are accommodated in the optimal positions.

The shaft’s optimal positioning, centralizes the oscillating mass. It makes the bike ride sturdier. A shaft also known as the counterbalancer shaft is fitted in on the bike which reduces the vibration of the engine resulting in rides which are smoother.

The frame of the Husqvarna TC250 has been prepared by experts with a lot of precision. The finishing of the frame is done by using protectors which are standard. It gives top-notch protection and adds to the durability.

The subframe is manufactured by using carbon fiber. This fiber helps in weight distribution all throughout the bike. This design makes the bike weight shift to the center thus giving it a better precision while the rider is on the bike. The subframe gives it some rigidity thus facilitating handling which is much better. Adding to the other features, Husqvarna TC250 has a Pro-Taper handlebar which gives it amazing control and great comfort when it comes to riding the bike. This bike has the Dunlop MX-3S Motocross tires which are specially designed for the bike. The design of the bike gives the riders a firm grip and a better cornering.

Could a Fuel Injected Dirt Bike Get Flooded?

Before you find out the answer to this question you need to know what flooding means. What is Flooding of an Engine? Flooding of an engine happens when extremely rich air-fuel mixtures do not burn to its power.

The answer to the above question is yes. A fuel injected dirt bike can surely get flooded. This can happen to any bike and dirt bikes are no exception. When this happens, check with an expert, especially if you are a new biker.

This may have happened because you might not have had any prior experience in dirt bike maintenance. Never try to fix things on your own as it worsens the condition of the bike.

Which is a Better Dirt Bike? Fuel Injector or Carburetor

When the fuel injection technology was launched, it took the industry by surprise and became very famous. The technology was amazing in such a way that the carburetor bike was pushed out of the market. The war is not yet over. If you compare these two systems you will find out which one is better:

Fastest Dirt Bike in the World

What is the World's Fastest Dirt Bike? Motorcycles are admired all over the world. They are…

How to Become a Dirt Bike Racer