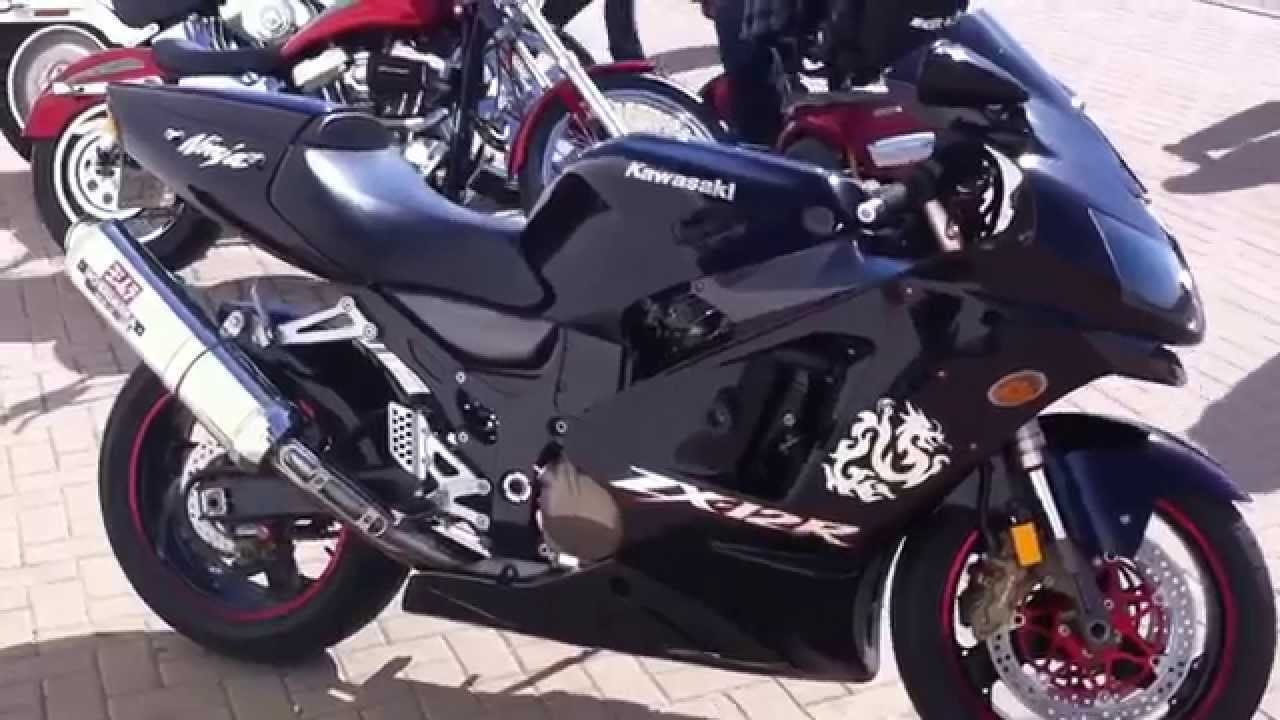 What is the World’s Fastest Street Bike?

Bikers have long been fascinated with speed. To own or ride a super-fast motorcycle is a lot of people’s lifelong dream. The feeling of adrenaline rushing through your body as you speed through hundreds of miles per hour can be heavenly. It is thrilling, adventurous, and something worth experiencing. Sure, it could get quite dangerous if you don’t know what you’re doing. However, the feeling of freedom and joy that comes with it is in a class of its own. If you’ve been wondering which motorcycle model ranks higher in terms of speed, you’re at the right place. In this article, we’ll look at the top ten fastest motorcycles in the World.

Occupying the 10th spot is the good old Honda CBR 1000RR with a top speed of 186 miles per hour. It is one of several Japanese-made super-fast motorcycles on this list. The quality is reliable, and the speed is something you’ll find thrilling.  Although the CBR 1000RR is a bit recent (experienced major redesigns between 2012 and 2017), the Honda CBR series has been around since the 1990s. It can accelerate to 100km/h in around 2.8 seconds and is powered by a 189 horsepower, 998 cc engine. Even for more experienced speed-bikers, the CBR 1000RR is not a joke. Our ranking is based on the 2017 model. Newer models, if available, could beat the speed rating. In some of the regions it is marketed, the CBR 1000RR is better known as “Fireblade.”

Next up is another Japanese superbike — the Kawasaki Ninja ZX-12R, sitting on the 9th spot. This 187 miles per hour superbike is as fast as it sounds. With a sleek design, attractive paint job, and reliable mechanical parts to go with, the ZX-12R is something to be proud of. It is a part of Kawasaki’s ninja bike series and was first produced in the year 2000. Kawasaki’s intention for producing the Ninja ZX-12R was to rival Suzuki’s line of super-fast motorcycles as at then. Kawasaki’s prototype was way faster than the mass-produced model. Kawasaki intentionally limited the production model’s speed in accordance with a gentleman agreement that was put in place to limit the speed of super-fast motorcycles. The agreement was to ensure that the governments, especially in Europe, wouldn’t find the rapid improvement in motorcycles’ speeds as a menace and start forced regulations.

Nonetheless, the 2006 model of Kawasaki’s Ninja ZX-12R still breaths like the beast it was built to be. It boasts a 190-horsepower engine with a 1199 cc capacity. It can accelerate to 100km/h in just 2.7 seconds. At its introduction, the breaking and handling of the ZX-12R matched the power of its engine. This resulted in a superbike that was easily managed at low speeds, easy to handle even in heavy traffic but with strong acceleration.

The Japanese are great at making superbikes, but the Italians grabbed the 8th spot. For superbike lovers, the Agusta F4 RR needs no introduction. The 312 attached to its name was well earned at Italy’s Nardo speed Bowl, where the motorbike posted a 312 km/h top speed. Several groups and organizations have since verified its speed. This Italian-made bike claims a well-deserved spot among the fastest superbikes that have graced our planet.  If you need something to keep you ahead of the pack, the MV Agusta F4 RR 312 is something you can depend on. Since its initial production, the superbike model has seen several upgrades in speed, handling, braking, and price. On its debut, it was the World’s fastest production superbike. As of 2010, its main rivals were the Mondial Piega, Benelli Tornado Tre 1130, and the Ducati Desmosedici RR.

Sitting on the 7th spot is another Japanese brand, the Suzuki Hayabusa GSX1300R. On its debut, the model went straight to Guinness’s World Record as the fastest production sportbike. It is one of few old superbike models that are still in production today. Mount on the GSX1300R, fire it up while twisting the throttle and watch it react with incredible acceleration. This iconic motorcycle features a rigid but lightweight aluminum frame (twin-spar) and a state-of-the-art suspension system. It has sleek aerodynamic bodywork that helps it slip through spaces like the peregrine falcon it is nicknamed.  Introduced in 1999, the Suzuki Hayabusa GSX1300R has seen over 20 years’ worth of improvements. The model considered in this article features a 1240 cc engine capacity. However, 2020 versions of the model have a much larger engine capacity. It has an awe-inspiring control in tight corners, ensuring riders of good stability even in sweeping turns. However, it’s main talking point is the speed. Offering 312 km/h in speed, the GSX1300R is very fast.

Named after the small manufacturing town of Borgo Panigale (formerly in Northern Italy, before being annexed to Bologna), the Ducati Panigale is both physically attractive and super-fast! The model features an engine capacity of around 1199 cc, 202 in engine horsepower, and a top speed of 325km/h (202 mph). Production of the model span between 2012 and 2014, during which it received a lot of buzz in the motorbikes lovers community. When it was released, Ducati claimed that the model was the most powerful twin-cylinder engine motorcycle among production motorbikes. Ducati claimed the model boosted 145 kW (195 bhp) at 10,750 RPM and 133.0 Nm of torque at 9000 RPM.

If you loved the Kawasaki Ninja ZX-12R but would like a little more speed, the ZX-14R is the model to go for. Kawasaki isn’t a newcomer when making superbikes that are sleek in design and super fast in speed. They didn’t disappoint with the ZX-14R. Equipped with a 1441 cc engine that produces 200 horsepower, this member of the Ninja bike series can accelerate from 0 to 100km/h in just 2.7 seconds. Typically, the model offers a top speed of up to 280km/h, but with a few adjustments in the gearing system and the tire, that figure could go as high as 335 km/h (for the 2013 model). If you love super-fast Japanese motorbikes, then you might want to look at the entire Ninja bike series, starting with this sleek ZX-14R.

The brand name “BMW” will ring a bell. Sure, they might be known better for producing sleek cars, but they’re also great at making superbikes. Occupying the 4th  spot on the list of top 10 fastest motorbikes in the World is the BM S1000RR. While Japanese and Italian brands dominate the top ten, this German machine is in a class of its own. The BMW S1000RR can burst into a speed of 100km/h in just 2.7 seconds. However, the spotlight is on its speed. The BMW S1000RR offers a top speed of 350km/h. In this model, BMW offers both speed and quality in one package. Though made by a German company, the BMW S1000RR is often dubbed “The American Queen of Speed.” Despite the BMW S1000RR’s crazy top speed, it is still appreciably maneuverable.

Offering a top speed of 351 km/h, there’s probably no better fitting name for this motorcycle than what it is currently called. Sitting at the 3rd spot is the lightning LS-218, which can burst into 100km/h in just 2.3 seconds. It may have only a 1km/h edge over the BMW S1000RR, but its acceleration is much better. The remarkable thing about the Lightning LS-218 is that it is electric. Yes, the Lightning LS-218 is the only electric motorbike that features on the top ten—comfortably seated at the third spot, that says a lot. If you’re all about going electric with, then you’ll love the LS-218. It beats a lot of Japanese and Italian motorbikes to occupy the 3rd spot. The model can produce up to 200 horsepower.

When it comes to super-fast motorcycles, the brand to beat is Kawasaki’s Ninja bike series. The entire Ninja bike series is insanely fast, and it has dominated the top ten for a very long time. Another super machine in the Ninja bike series is the Kawasaki Ninja H2, which sits comfortably at the 2nd spot. In terms of top speed, it beats the Lightning LS-218 by a lot. Although the LS-218 still beats it when it comes to acceleration. During its launch in 2015, the Kawasaki Ninja H2 looked like something pulled from a science fiction movie. The wheels, lighting, and body frame all look amazing. It features a powerful 998 cc engine and can produce a whopping 300 hp, which can help it burst from 0 to 100km/h in 2.7 seconds.

When it comes to sheer speed, no motorbike does it better than the Kawasaki Ninja H2R. Boasting a top speed of around 400km/h, this member of Kawasaki’s Ninja bike series is the king of them all. Designed only for tracks, the Ninja H2R is powered by a 998 cc 4-cylinder engine that can pump out around 310 horsepower. Imagine blasting through space at 400km per hour? Alright, let’s not go there.

That’s it! Those are the top 10 fastest motorbikes around. If you have the money and the skills to ride on one, grab your helmet, and hit the roads.

Do you know about Diesel Motorcycle?