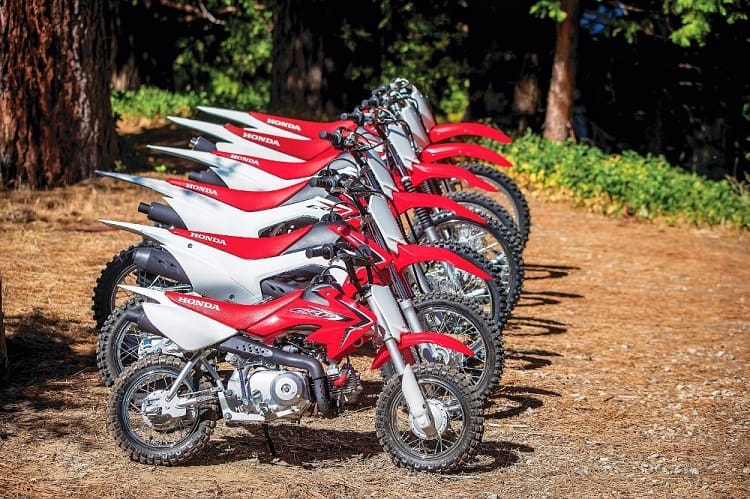 Do you want to buy a Pit Bike for your child? Do you know what is a Pit Bike? Are you interested in an adventure with a mini motocross? So go ahead, buy a quality Pit Bike. They are quite cheap. Choose those featuring parts from the best brand, major brands that distribute motocross accessories: tires, brake pedal, etc., and yes you will find it at the least price only.

The Monkey Precursor of the Pit Bike

The Monkey was released in 1961 as the Z100. This mini two-wheeler was of very small size with 5-inch rims and a saddle placed very low. A precursor of Pit Bikes, which is the Monkey brand, was initially intended to allow pilots to move between the pits of a circuit. These same Pit Bikes are now attracting more and more followers, whether young or adult.

What is a Pit Bike? Here are the Answers

The choice of motocross should not be made at random, especially if it is a mini intended for a child. Here is a kind of guide to help you find the ideal Pit Bike. First of all, you have to know if the machine exactly meets the needs of its user. Then, it is necessary to check if the brake kit works properly to avoid accidents. Note that the Pit Bike is not approved for roads; it is mainly used by children. Some adults use it for games and thrill racing.

However, if you want to have a quality bike or high-end dirt bikes, go for the rfx range. This is one of the novelties of the Apollo brand.

Is your child going to ride a Pit Bike for the first time? Want to launch him on an adventure filled with fun and thrill? Give him the best. So, to introduce your children to a motorcycle bike, choose quality products available at WKX Racin.

Do you already own a dirt bike but it is damaged or has been damaged? No problem. Many designers have already started making different types of aftermarket accessories. Plastic kits are the most popular for repairing or decorating a Pit Bike. For this, you can opt for a CRF or KLX plastic kit. This guide will help you find the plastic kit suitable for your motocross bike.

A Pit Bike is a motorcycle smaller than a classic two-wheeler and whose saddle height is lower than a so-called “normal” model. This is generally placed between 56 and 80 cm from the ground while a Cross-type motorcycle for example will have a saddle height between 76 cm (for the KX 65 for example) and 96 cm (like the Husqvarna 250 and 450 cm3).

The Pit Bike made its appearance in France at the very beginning of the 2000s. In its beginnings, it was very often imported from the United States, but the arrival on the market of low-cost Chinese products greatly contributed to its development.

First used on the circuits, the Pit Bike was also born from the attraction it exerted on children, through parents. Low saddle, easy to handle, and light (from 40 to 70 kg on average), this small machine could only attract kids sensitive to two-wheelers.

Motorcycles which gradually turned to competition, with a real sporting spirit and various official championships, such as the French Pit Bike Championship launched in 2008 at the initiative of Cyril Porte, former international motocross champion. A discipline recognized by the French Motorcycling Federation (FFM).

Pit Bikes have a displacement that ranges from 50 to 150 cm3 on average. The Bucci Moto brand also offers a 160 cm3 version, a manufacturer specializing in big Pit Bikes competitions.

There are today many manufacturers and accessories of Pit Bikes, which evolve in parallel with the big international manufacturers of motorcycles. For some, the latter offer Cross models intended for children and adolescents, at higher prices, but no mini versions intended for adults as well as young people. Other manufacturers, admittedly less known to the general public but having established notoriety among aficionados of small motorcycles, for their part offer many models of Pit Bikes. To name a few: Apollo, Bucci Moto, Bastos Bike, YCF Riding, WKX, or Pit Bike CRZ.

In terms of prices, Pit Bikes and this is also their advantage is less expensive than so-called traditional motorcycles. The price range goes from 750 to 1000dollars on average for a 125 cm3. There is a displacement whose average weight is 65 kg, with a saddle height between 75 and 82 cm. This is a high weight/power ratio that you must therefore have in mind if you plan to initiate your offspring to two-wheelers in this way.

If the desire to turn on a Pit Bike which, let us remember, is a non-approved vehicle, namely that you will not be able to ride on public roads with (a Pit Bike is used on private land or a circuit), you can go to the Racing website which is a multi-brand platform created in 2006, also offering accessories, tools and spare parts.

One common question that rises is that why the price of the pit bikes is low. That is because they are made cheap. This is why a lot of people are shifting their attention from dirt bikes to these. Especially for the children, these bikes are getting proven to be a big attraction. It is fast that the pit bike is not able to do all that a dirt bike is capable of. But because of the low price, the parents of the children having a low budget would motivate their children to buy this one, rather than the dirt bike, this would be the common trend and the pit bikes bang on that trend. Already the bike has enjoyed tremendous popularity.

The vast majority of Pit Bikes owners are between the ages of 18 and 30. Children also constitute a good part of the users of these small machines which, it should be remembered, deserve to be understood with the safety rules essential to driving motorcycles whose weight/power ratio is not to be neglected.

In particular, we advise parents who plan to introduce their children to Pit Bike to go through a two-wheeler training center initially, or to young adults uninitiated to motorcycles to do the same.

Nowadays, throughout Europe, progress like the Honda evolutions has been made in terms of plastic kit. Searching for accessories for a Pit Bike is therefore a simple and easy task.

Choosing a Pit Bike for a beginner and an experienced rider is different. Before deciding, check the height of the saddle, the tires, and its power: a semi-auto, a 110 or a 125ccwhatever the models of the bikes, for the wheels, they must be as follows: 14 inches at the front and 17 at the rear.

Are you a fan of Pit Bike races? If you want to shine at the French Championship, choose quality products with a good tank capacity. Generally, the tank of a bike pit can hold 3 liters of gasoline; this point could be the subject of an article here. Indeed, differences could be noted depending on the type of Pit Bike or its power. However, to guarantee a good place in the championship, a robust motocross is essential.