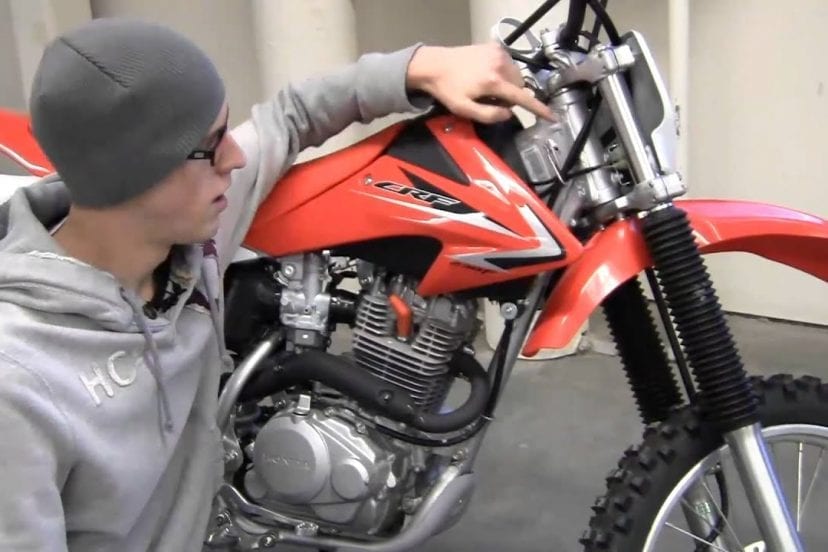 The VIN (Vehicle Identification Number) is a code or a number that acts as the fingerprint of the vehicle. This code is embedded with the full specifications of a vehicle, its make and model, manufacture date, place of manufacture, and other vehicle features. The VIN is also known as a VIN number, VIN code, or a body number of the vehicle, and every vehicle has this code.

There was no specific type of VIN for vehicle manufacturers in times past, so different manufacturers used different VINs for their vehicles. However, in 1981, VINs were regulated and standardized by the United States National Highways Traffic Safety Administration. It was then made compulsory for all vehicles to have a VIN, unique to each vehicle.

This code isn’t something you can easily memorize, especially as it is 17 characters long, even though memorizing it can help you quickly locate it on your bike. However, it is also included in your registration papers, titles, and your insurance card. The VIN is also useful when purchasing new parts for your dirt bike.

So you have to always be with your vehicle’s VIN whenever you plan to get a spare part for your bike as the sales representative will also request for it. The 17-character long code is divided into three sections, which are outlined below;

The second character represents the name of the manufacturer. For instance, A Honda bike would have an “H” in its VIN. The third character hints at the type of vehicle it is.

If it is “1”, then it means that the bike is its first version. The 9th character is gotten from a formula that involves every other VIN character. This character is used to check for any hoax in vehicle Identification.

The 10th character indicates the year of production of the vehicle; vehicles that have been sold before 2001 would be represented with a letter, while those sold after then are represented by a digit. A bike manufactured in 2005 would have a “5” as its 10th digit. The year of manufacture of a vehicle is totally different from its model year.

This means that a bike that was displayed in the showroom in March 2019 would be given the 2019 model year despite having been manufactured in November 2018. The 11th character tells you the exact manufacturing plant where the bike was produced.

The Significance of a Vehicle Identification Number (VIN)

To identify a vehicle, the VIN is very important. Every necessary detail needed to be known is embedded in this code. These details include the registration, production, inspection, insurance records, accident records, purchase and warranty claims, and recalls.

These details are then saved in a database easily accessible for registries that would need the VIN to carry out their functions. As long as you have a bike’s VIN, you won’t only get the bike’s details, but you would also get some other specific details like the number of people that have previously owned it. As a buyer, you need to check if the bike you’re about to buy is a stolen one or has once been involved in an accident.

This measure helps you make a good decision when buying a bike from another owner.

Where It Is Located in Bikes

In bikes and motorcycles, the VIN is generally located on the steering neck and on the motor under the cylinders for some bikes. It is vertically engraved on the steering rod. So tilt your steering to the left and check the right side of the joint of the steering that passes through the frame.

On off-road bikes like the ATVs and other manufacturers, finding their VIN may be more complicated. Nonetheless, it is also included in the bike’s paperwork.

The Differences between the VIN and Engine Number

There are a few differences between the VIN and the engine number. Firstly the engine number is 11 digits long as against the VIN, which is 17 characters long. It is also not necessarily included on papers during sale or resale; however, it is necessary to include the VIN on the sales bill.

When you want to buy an old dirt bike, you have to be careful to not buy a stolen bike. You can detect this through the bike’s VIN, which is included in the Manufacturer’s Certificate of Origin (CCO). This certificate is provided by the bike manufacturer regardless of if the bike is registered or not, and it contains the VIN code of the bike’s model.

So you need to double-check the VIN on some databases to ensure you’re not buying a stolen bike. However, if the seller couldn’t produce the Certificate of Origin, you can still proceed, but you have to be extra careful.

Please note that it is still possible to buy a stolen bike after going through these online checks on databases.

This is because it takes some days before the police update a stolen bike’s VIN into the registry. Below is a list of some pages you can check for stolen bikes;

Running Checks on a Bike’s VIN

It is advisable to run checks on a bike’s VIN before buying such a bike. However, running these checks is not free of charge; you’ll be charged a fee to perform these checks. Running these checks will reveal all the previous owners of a bike and also help you confirm the details that have been provided by the seller.

Furthermore, the check will also tell you if the bike has been involved in an accident or a crash. Although it is hard to resell stolen bikes, thieves can prove smart and alter the VIN of the bike. Therefore, you need to be cautious, also when buying a used dirt bike.

Can I give out my VIN?

You may have been told somewhere that you should never disclose your VIN to anyone else; however, this popular opinion has no basis. A VIN code is not a security number, and so you can share your VIN code with some other people, like a potential buyer of your bike. A potential buyer needs the details embedded in the VIN before buying the bike.

However, it depends on who you share the VIN with and what it’s needed for. If your potential buyer happens to be a bike dealer, he would ask for your VIN. As stated earlier, the VIN will reveal all necessary information about the bike to the dealer but does not reveal your personal information.

What if the VIN isn’t 17 characters long?

Only dirt bikes manufactured before 1981 have less than 17 characters, and because of this, the VIN code cannot be decoded. Some data providers may provide some information about the bike’s history, but it may not be comprehensive enough. Therefore buying a recent model of the dirt bike is better.

The VIN has been in use since 1981, and it comes with all vehicles and motorcycles, including dirt bikes. The VIN, when decoded, reveals all important information about a dirt bike. It will reveal the bike’s manufacturer and model, its origin, where it was assembled, engine size, year of production, and its production number.

With VIN, you can check if a used dirt bike is stolen or involved in an accident. You only need to run some checks through some databases to get the necessary information as mentioned in this post. You can verify the information already given to you by the seller through the VIN.

It wouldn’t be a nice situation to lose your cash by purchasing a stolen dirt bike. After you have checked the bike’s physical condition, you can also ask for its VIN. However, there may be some lapses as the thieves may alter the code.

Are Dirt Bikes Safer Than ATVs

What is the 250cc Dirt Bike Top Speed?  Max in MPH for Motorcycle If you’ve ever…

Street Sport Motorcycle vs Dirt Bike - What is the Difference? Many people love riding off-road…