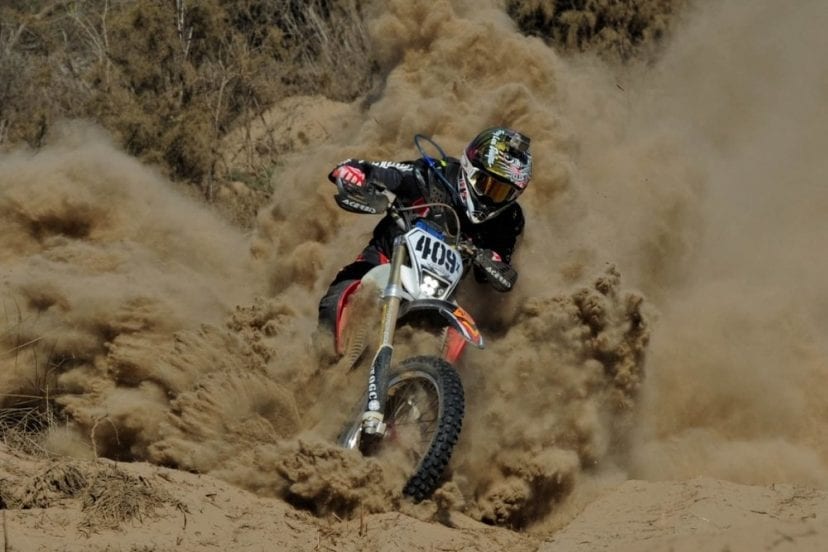 Comparing the Pros & Cons of Dirt Bike vs ATV Safety

A lot of people choose to ride dirt bikes instead of ATVs (all-terrain vehicles) when they want to have a good time. Of course, there are those who would rather just go mudding in a truck, but we’re not talking about that today. What we’re going to talk about is what is an important question that many people ask when it comes to ATVs and dirt bikes. Which one is safer? In general, both of them are a matter of personal preference, and many people actually ride both types of off-road vehicles safely and comfortably. We’re going to find out whether or not one is safer than the other in this guide though. We’ll use various statistical information that needs to be considered before you figure out if one is safer than the other to you.

Statistical Data of Both Dirt Bike and ATV Death Rates

Many people think that deaths that are caused by an ATV are higher than those from riding dirt bikes, partially because you often hear horror stories on media outlets concerning ATVs more.

According to the John Hopkins University website, they’ve found out that those who crash with an ATV have a 50% higher chance of perishing compared to those who crashed on a dirt bike. There are many factors that contribute to this, including the weight of the vehicle for starters.

The University ended up finding out that those who crashed in an ATV had a 55% chance that they’d end up in the ICU, and that about 42% of the crash victims ended up needing the help from a ventilator to breath. The study that they used involved approximately 60,000 victims that ended up being injured in both ATV and dirt bike accidents between the years of 2002, up to 2006 (a four year period).

They found out from this study that ATV crashes had more fatal cases in general compared to those who ended up crashing on dirt bikes.

Factors that Influence This

While many of those who were researching these studies have yet to conclude why the injuries which are fatal happen more often with ATVs, there are quite a bit of factors (including the weight differences of the vehicles as we mentioned above).

For starters, there were more helmet wearers that were involved with dirt bike accidents compared to that of an ATV enthusiast. Of course, they end up ruling out helmets when it comes to this, because there were more injuries other than just head or neck injuries. This is because the majority of ATV accidents that proved fatal were because the person who was riding it ended up being crushed by the vehicle itself.

The general ATV (four wheeler or three wheeler) that people ride and get involved in accidents with weigh a lot more (up to about 700 lbs.), and it’s because those who make ATVs are able to help resist standards in place that require them to build vehicles that help them keep from rollover accidents.

But What About 4-Wheels vs. 2 Wheels?

It was more of a myth in the past that people thought that a 4-wheeled ATV was safer than a motorcycle or dirt bike. Despite the stability factor, it turns out that dirt bikes are safer in this regard.

Which is More Stable?

Now, when it comes to being durable and stable, let alone better handling features, but it doesn’t mean that the stability is a safe trade for which one is more safe. ATVs can definitely stand on their own – of course, they have four wheels to do so. However, four wheeler riders don’t realize that all it takes is one little slip of the throttle for the unexperienced rider, and then they’re done for.

Many four wheelers that are larger can have a larger engine than the average 250cc dirt bike, which not only contributes to the weight, but also to the speed of the ATV itself. Therefore, while riders have a false sense of security (that causes them to have more fatalities), they tend to try to take corners sharper and at higher speeds, which often causes accidents and rollovers. The average four-wheeler with a 250cc engine can go about 40 miles an hour, but when the user is navigating it as they think they can on a motorcycle or dirt bike, this can cause more damage than good. Add that to the fact that there are about 60% less riders of ATVs wearing helmets than there are on average, and this doesn’t help when it comes to the safety statistics.

How Do Most of These Crashes Happen?

We touched on what often causes accidents above, but in general, riders of dirt bikes often suffer from things like broken bones, road rash, and other complications. However, most riders are thrown away from their bikes when they crash. Of course, if a bike should hit the rider, it only weighs a couple hundred pounds, whereas when the same situation happens to ATV riders (more often than them getting thrown away from the vehicle), the half-ton vehicle ends up landing on them or getting hit by them.

While ATVs are generally more dangerous, it doesn’t mean that safety shouldn’t be a big deal on dirt bikes as well. There are still a lot more dirt bike crashes that result in fatalities than is necessary. If everyone operated safer when riding a dirt bike, there would be less “freak accidents” that occur and cause fatalities.

So which of these vehicles are safer? According to statistics and the above information, we can see that the ATV definitely loses when it comes to the “which one’s safer” department for various reasons. However, it can be said also that both dirt bikes and ATVs are equally dangerous in a sense – riders of the common off-road motorcycle are just often more precautions and more prepared. Not to mention the vehicles weigh a lot less, which definitely helps.